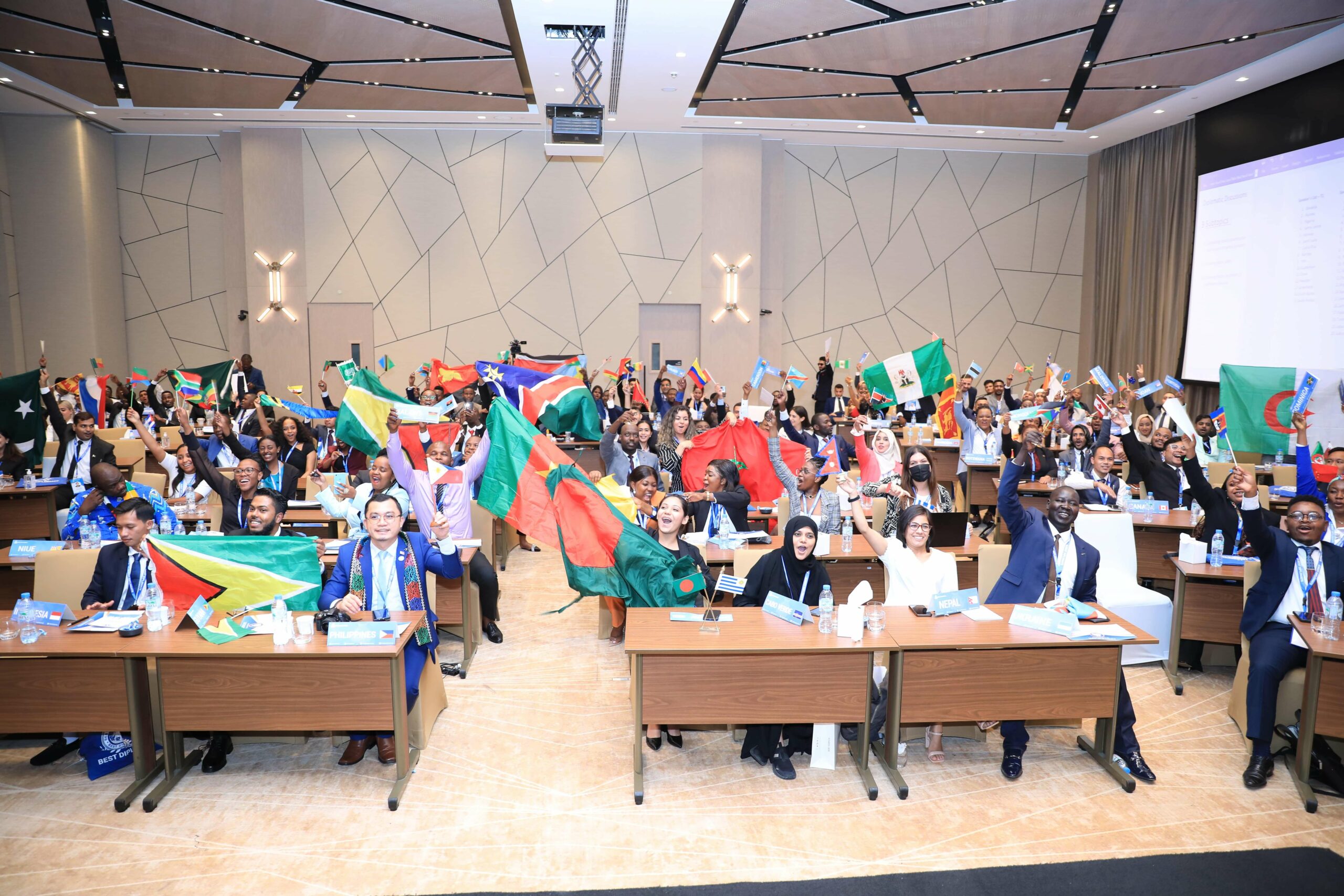 The world has seen the greatest diplomats in history. The list below comprises the top 12 greatest diplomats of their time. These people with their successful diplomatic careers and remarkable skills have influenced the life and fate of millions of people and countries.

Who Is a Diplomat?

A diplomat is a person, appointed by the government to represent the country internationally. The mission is to create and preserve the relationship between the two states. The primary goal is to serve and protect the country’s national interest.  Diplomats are the manifestos of the foreign policy of their own country.  They engage in negotiations, peace-building, and conflict resolution with other countries and international organizations.

What Do Diplomats Do?

In today’s political world, diplomats play a key role in managing a state’s relations with the outer world. They are responsible for conflict management and conducting international relations. As the representatives of their country, the task of diplomats is to foster international cooperation and alliances, promote peace and disseminate war between countries. Following are some duties performed by the diplomats:

Following is the list of the top 12 greatest diplomats in the diplomatic history of the world:

Benjamin Franklin was the leading author and one of the founding fathers of the United States. He was a politician, political theorist, statesman, and diplomat. He was the first U.S. Ambassador to France where he represented the emerging American nation. He abolished the unpopular Stamp Act and led a campaign in London to have a Parliament of Great Britain and became a national hero. He also got praise for being the agent of several colonies.

He gained respect among the French and played a significant role in the positive relations between America and France. During the American Revolution, he secured the shipment of essential munitions from France. Later, he became the first U.S. Post Master General. He played an active role in the community, state, colonial, national, and international politics. He is one of the well-known abolitionists as he opposed slavery from an economic perspective.

Condoleezza Rice is a U.S. political scientist and a diplomat. She has a great influence on U.S. diplomacy. She proposed the idea of “Transformational Diplomacy”. According to this U.S. diplomats were distributed to the area of severe political and social issues. She addressed the issues of human trafficking, drug smuggling, and fatal diseases. She has created the position of director of foreign assistance to reemphasize aid.

In 2005, Rice played a major role in the Middle East by negotiating several agreements. She helped in the withdrawal of Israeli forces from the opening of the Gaza border crossings. In 2007, she organized a conference “Annapolis Conference”. The purpose of the conference was to find a two-state solution for Israel and Palestine.

She also worked for the protection of human rights in Iran. One of her major successful negotiations includes the signing of the U.S.-India Agreement for Cooperation Concerning Peaceful Uses of Nuclear Energy (123 Agreement). This agreement allows the trade of civil nuclear material between the two countries.

George Frost Kennan was an American historian and famous diplomat. He gave lectures and published scholarly history of U.S. and Soviet relations. He was best known for giving the policy of containment of Soviet expansionism during Cold War. He was also a member of the group of foreign policy experts “The Wise Men”.

The Truman Doctrine and the U.S. foreign policy in the late 1940s were inspired by his policy of containing the Soviet Union. Following his “Long Telegram” from Moscow in 1946 and his article on “The Sources of Soviet Conduct” in 1947 argued that Soviet influence had to be contained to stop its expansionist movement. He played a very major role in the creation of significant Cold War institutions and programs; Marshal Law is notably one of them.

Henry Kissinger was one of the cautious and incremental U.S. diplomats of the 20th  century. He played a key role in US and China relations when China emerged as a new and powerful player on the world stage. During Nixon’s visit, he laid the foundation for cultural and economic relations between US and China. He won the Nobel Peace Prize in connection with the Vietnam War. His geopolitical ideologies have defined diplomacy throughout the world.

He invented the concept of step-by-step diplomacy. He was successful at laying the foundation of the Arab-Israel peace process in the 1970s. He negotiated a peace agreement between Israel and Egypt and took Egypt out of the conflict. He also negotiated a disengagement agreement between Israel and Syria. Martin Indyk, a diplomat, and foreign relation analyst wrote a book, “Master of the Game: Henry Kissinger and the Art of Middle East Diplomacy. In this book, he portrays Kissinger as an intelligent and sharp strategist whose actions ultimately position the US as the region’s foremost peacemaker.

Hillary Diane Rodham Clinton is an American politician, lawyer, and one of the known diplomats of the 21st  century. In 2008 during President Obama’s first term, Clinton became the top U.S. diplomat. She restored professionalism to the diplomatic corps which was demoralized during the President George W. Bush administration.

Clinton helped set the ground for the intense negotiations that led to the remarkable nuclear arms control deal with Iran in 2015. In 2011, she championed Obama’s call for the strategic and economic “pivot” to Asia and Pacific Rim. She also played a major role in negotiating the Trans-Pacific Partnership. In her essay “To Succeed in the 21 century” she wrote, “we need to integrate the traditional tools of foreign policy — diplomacy, development assistance, and military force.”

He is the co-recipient of the 2001 Noble Peace Prize with the United Nations. He insisted on accountability and set higher standards within the UN. In 2012, when he was the UN–Arab League Joint Special Representative for Syria, he helped in the conflict resolution there. In 2016, he was also appointed by the UN to investigate the Rohingya Crisis.

Nicollo Machiavelli was a political scientist and an experienced Italian diplomat. In 1498, he joined the Florentine Signoria and he was responsible for the city-states’ foreign relations. In his 14-year career, he had been sent to many diplomatic missions within Italy, Germany, and France as well. Machiavelli believed diplomats were not sent to negotiate alliances and peace but rather to observe and report to the sending country.

According to Machiavelli, the job of the diplomat is to make contacts and build a bond of trust with the host country. He focused on the data and information derived from contacts and reports it to the home government effectively which helped in decision-making. He coined the term Machiavellianism, which denotes the use of treachery and deceit to obtain one’s objectives.

Richard Charles Albert Holbrooke was a famous author and an American diplomat. He was the only person who had served as Assistant Secretary of State for Asia and Europe as well. His major diplomatic successes include the Dayton Peace Accord in 1995, a peace agreement between the rival factions in Bosnia. Later he served as the US ambassador to United Nations.

Under the Barrack Obama administration, Holbrooke was appointed as a special advisor on Pakistan and Afghanistan. He made efforts to improve the lives of refugees specifically in the Indo-China region. His role in the Dayton Peace Accord has been considered for Noble Peace Prize.

Richard M. Mills Jr. is an American diplomat. He has served as U.S. Deputy Ambassador to United Nations. He served as a diplomat in multiple stations including Ireland, Russia, Pakistan, Saudi Arabia, Iraq, and England. During his period in Armenia, he collaborated with the Armenian government to address civil and human rights issues specifically domestic abuse and pretrial detention in Armenia.

In addition to this, his efforts led to the establishment Center for Human Rights and Building Integrity in Armenia which deals with civil society to promote integrity, ethics, and human rights, and took anti-corruption measures within the military. From the Department of State, he won nine Superior Honor Awards.

Richard Solomons was a Chinese scholar and one of the top U.S. diplomats. He played a major role in the starting of U.S. relations with China in the late 1970s. He was the National Security Advisor of Henry Kissinger and through “ping pong diplomacy” he normalized the relations with Communist China in 1978.

Conflict management was an integral part of his legacy. He played a significant role in the 1991 Paris Peace Accord 1991 which ended the Cambodian-Vietnamese war. He was a peacemaker and worked on building the relationship between the US and East Asia. Later, he became the president of the United States Institute of Peace where he served for two decades.

Anthony Eden was a British foreign minister and diplomat. He also served as the Prime Minister. After World War I he advocated the admission of Germany to the League of Nations. Furthermore, he also raised his voice against Adolf Hitler. In the case of Ethiopia, he convinced Mussolini to avoid war and to contact the League of Nations. He strengthened the relationship between Turkey and Great Britain after the treaty of Lausanne. He also played a role in the formation of the UN. So, he played a major role in promoting peace through international institutions.

Thomas Edward Lawrence was a British army officer and diplomat. He is also known as Lawrence of Arabia. During the First World War, he participated in the Arab Revolt against the Ottoman Empire. The concept of a United Arab World was proposed to him which led to the start of Arab Nationalism. His best-known work is “Seven Pillars of Wisdom” which portrays the treatise of his war experience.

What Makes a Good Diplomat?

Get Yourself Trained with Best Diplomats:

If you want to become a successful diplomat in this digital age, you have to go through either extensive learning or experience that will take your whole life.  So, Best Diplomat is providing excellent opportunities to boost your diplomatic skills.

To be a part of diplomacy beyond barriers, enroll yourself now at Best Diplomats which will shape your future with networking and provide you a chance to participate in the Best Diplomatic conferences.

We can see from those mentioned above influential diplomats that they perform the role of bridge in building relations between countries. In performing their duties, their diplomatic skills matter the most. By possessing good diplomatic skills one can portray a positive image of his country internationally. To learn those skills, register yourself with Best Diplomats.

What are the 4 ideal qualities of a successful diplomat?

A successful diplomat must know his country’s political ideology, be an efficient negotiator, speak his point of view, and portray the country’s positive image.

How to learn diplomatic skills efficiently?

One should learn about what is diplomacy. What are diplomatic missions, and how do they work? The most important way to learn diplomatic skills is by participating in a diplomatic conference.

Why do Leaders Make Bad Decisions? Untangling the Mystery.

How to Identify Emerging Leaders Using the 15-Trait Criteria

7 Incredible Tips to Help You Listen Like a Leader